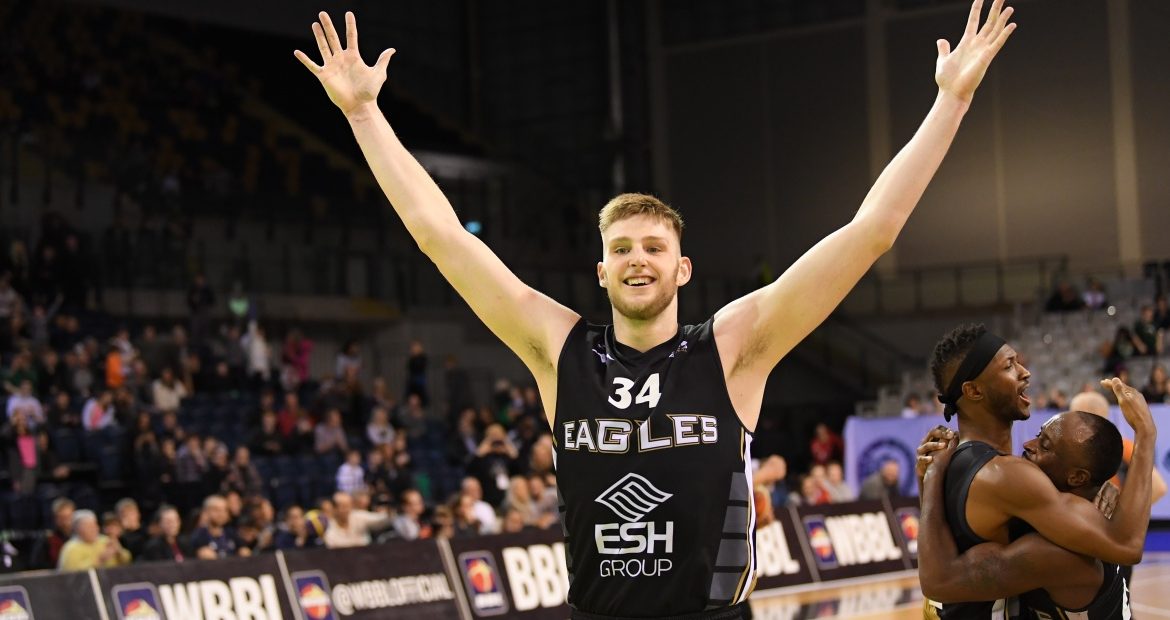 CJ Gettys has announced that he will be following in a former Eagle’s footsteps by leaving the BBL to play in Japan.

The move echoes that of fellow Eagles fan-favourite Joe Chapman, who signed for Japanese side Bambitious Nara in the early 2010’s after the first of his two stints on Tyneside.

The 7-foot centre, who was crowned Trophy Final MVP in the last British Basketball action played in the 2019-20 season, had a special message for our fans and staff on announcing his jump.

“I would like to thank all the Eagles fan and staff for their support both during the season and in post-season.

“You guys were the best fans in the BBL and for that I thank you. It’s time to explore new options, but as you say ‘once an Eagle always an Eagle!'”

Eagles head coach Ian MacLeod added: “CJ had an incredible season for us, he was always going to be in the shop window for some big teams in some high level leagues.

“We talked all summer, and in the end CJ has taken an opportunity that is too good to pass up. I will be sure to follow his progress.”

Everyone at the club wishes CJ all the best with the move and thanks him for his great contribution to last season.