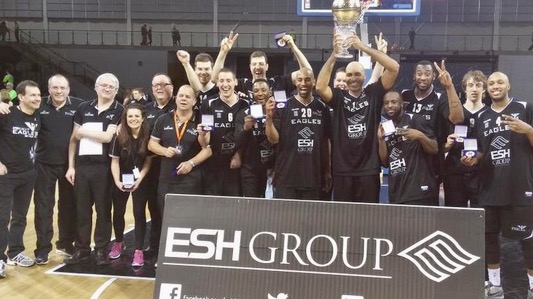 The Quarter-Finals draw has been undertaken for 2017 BBL Trophy.

Teams entering this season’s BBL Trophy now know who they might face in the Quarter-Finals of the competition after the completion of the draw.

The race to reach the 2017 Basketball Trophy Finals at the Emirates Arena on Sunday 19 March begins in early January.

As well as top flight clubs, the 2017 BBL Trophy also includes a number of other non-BBL sides looking to cause a giant-killing – including the likes of Reading Rockets, Essex Leopards, Boroughmuir Blaze and Derby Trailblazers.

Our Eagles fly away to Derby for the first round on Sunday 8th January.

Here’s how the BBL Trophy Quarter-Finals will look:

Rocks or Riders v Trailblazers or Eagles
Quarter-Final games will take place over one-leg, on or around the weekend of 3rd-5th February.