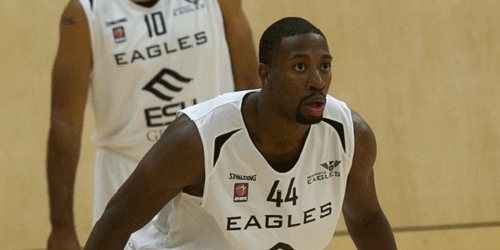 We take a look at who has been hot in the BBL during the months of September and October.

Eight players have made a blistering start to the new campaign in the scoring stakes, but one player is way out in front when it comes to points production. Brent Benson (Birmingham Knights) has had a scorching opening, racking up an incredible 28.4 points per game. Gerald Robinson (Cheshire Phoenix) has an average of 23 points, although he has only played in one game, whereas his new team-mate Reggie Middleton (Cheshire Phoenix) has registered an impressive 22.1 points per game after seven outings. One of the eight players to have passed the twenty points per game mark also includes Molten BBL Player of the Month, Will Creekmore (Worcester Wolves).

No fewer than seven players have shot in excess of 60% from the field so far this season and it is unsurprising that last seasons’ top scorer Chez Marks (Glasgow Rocks) leads the way with a stunning 68% – although the guard would probably swap his own personal recognition for a few more wins on the board. Rather intriguingly, Rocks actually have three players in the top six for shooting efficiency. Elsewhere, Scott Martin (Esh Group Eagles Newcastle) was a new arrival during the summer and has slotted straight into things at Sport Central, producing the goods with a 63.4% return, although it hasn’t been enough to prevent the Eagles losing a couple of early games in the BBL Championship. Barry Lamble (Leicester Riders) is a rock solid option coming off the bench for the title challenging Riders and he has shown great efficiency so far with 63.2% shooting per game.

There haven’t been too many outstanding three-point shooting performances during the first six weeks of the season other than EJ Harrison (Glasgow Rocks) who has shot an exceptional 66.7% from the perimeter. Two other players have lit things up from long-range by shooting more than 45% from the arc and they are BBL rookies Harrison Gamble (Leicester Riders) and Malik Cooke (Esh Group Eagles Newcastle). Of the higher volume shooters out there, the respective efforts of Brent Benson (Birmingham Knights) and Devin Ginty (Durham Wildcats) are noteworthy. The former has made 27 of 61 attempts and the latter has converted 19 of 46 from downtown.

A note for all coaches tasked with the scouting reports out there. Do not foul Stefan Gill (Manchester Giants) during crunch time, since there here is no better free-throw shooter in the BBL . Having went a couple of months last season without missing from the line, that trend has continued into the new campaign. The guard is currently a flawless 22 of 22 from the charity stripe. Trevor Setty (Plymouth University Raiders), Jeremie Simmons (One Health Sharks Sheffield) and Michael Allison (Durham Wildcats) have all shot in excess of 90% so far.

Four players have managed to average double-digits on the glass so far. Victor Moses (Cheshire Phoenix) has been drafted in to inject some life into the play-off challenge of the north-west club and he has hauled down 28 rebounds across his two games so far. Lithuanian big man Ceslovas Kucinskas (Surrey United) has been handed a similar remit and whilst still winless, he could hardly have done more to try and boost the prospects of United finding a win, with 13.3 rebounds per game. Will Creekmore (Worcester Wolves) has been a beast on the glass with 13.1 boards per game and finally, Scott Martin (Esh Group Eagles Newcastle) has not only found a sweet shooting touch, he has also done the dirty work too, with 12.1 rebounds each time he steps out.

All four of the leading BBL rebounders have excelled in the scoring stakes too, with the quartet all averaging sparkling double-double seasons so far.

There is deadlock in the race to top our assists chart, with a trio of BBL players all showing their passing skills and leading the way with 4.7 assists per game. Paul Gause (Esh Group Newcastle Eagles), Reggie Middleton (Cheshire Phoenix) and Zaire Taylor (Worcester Wolves) have all excelled in their playmaking roles. The three players have played seven games and combined, they are just one assist short of the magic 100 mark.

Zaire Taylor (Worcester Wolves) cemented his reputation as one of the best defensive players around last season and having also shown he has the hot-hand for creativity at the other end of the floor, his all-round game is making people sit up and take notice again. He leads the way with 3.1 steals per game, just edging out Paul Gause (Esh Group Eagles Newcastle) who has grabbed 2.9 per game. Both are out in front of the chasing pack, headed by Danny Huffor (Durham Wildcats) who has averaged 2.2 each time he has stepped onto the court.

There is a great early battle brewing to be top-swatter in the BBL between Michael Allison (Durham Wildcats) and Daniel Northern (Glasgow Rocks), with the former topping our table with 2.7 blocked shots per game, compared to 2.6 from his rival. Matthew Bryan-Amaning (London Lions) was always going to be a short-term option at the Copper Box Arena, but he conjured a multitude of exciting rejections for the highlights reel with 2.3 per game.