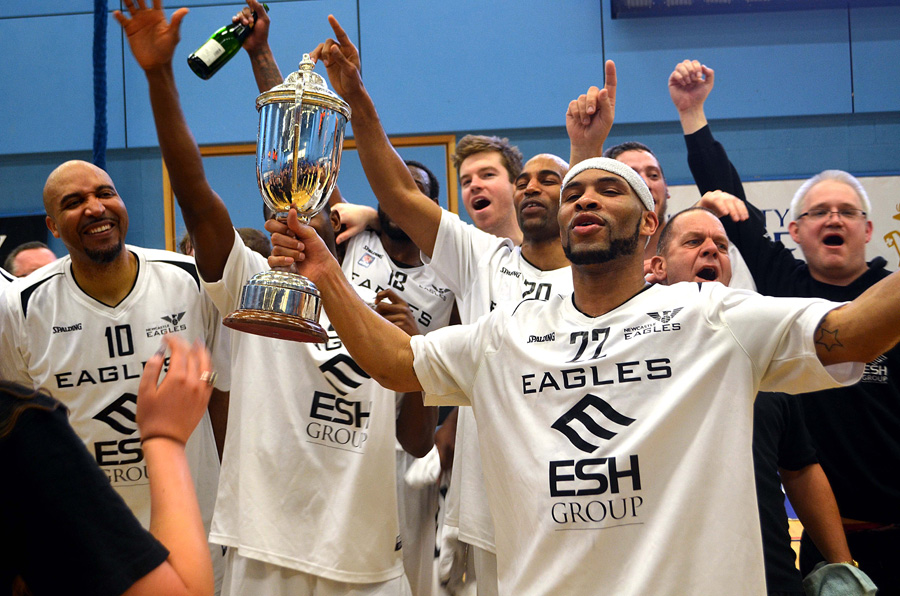 There may be three months until the start of another exhilarating British Basketball League season, but pulses are already racing after the confirmation of some mouth-watering BBL Championship fixtures during the opening weekend of the 2014-15 campaign.

All eyes will inevitably be on newcomers Bristol Flyers and Leeds Carnegie, who will both take a historical first step in the top flight.

The Flyers will have the honours of hitting the BBL hardwood first when they entertain Plymouth University Raiders on Saturday 27 September, while Leeds Carnegie will enjoy making the short hop to Newton Aycliffe to face Durham Wildcats in their debut outing on Sunday 28 September.

The brand new season will actually tip-off 24 hours earlier on Friday 26 September, when there will be an explosive and highly entertaining clash at Sport Central when last year’s two BBL Play-Off finalists Esh Group Eagles Newcastle and Worcester Wolves renew their rivalry.

Last season’s MVP Zaire Taylor will be stepping out when the curtain is raised, only it won’t be for the Wolves, with London Lions fans able to get an early glimpse of their marquee signing when the team opens up with a south-east derby against Surrey United.

The full fixture list for opening weekend is as follows:

Following a review, Birmingham Knights have withdrawn from the BBL, meaning of the 13 BBL clubs will play 36 BBL Championship games this season, facing each other three times, once at home and twice away – or vice versa.

Not only will teams fight it out to try and land the prestigious BBL Championship title, but also for play-off positioning and a top eight berth, so they have a shot at stepping out at the climax of the campaign – the 2015 BBL Play-Off Final (The 02, Sunday 10th May 2015)

That means the fixtures on the final weekend of the season could be the most exciting and important of all. The full fixture list for the last weekend of the regular season is as follows:

To view the fixtures for a specific club, please use the following links: