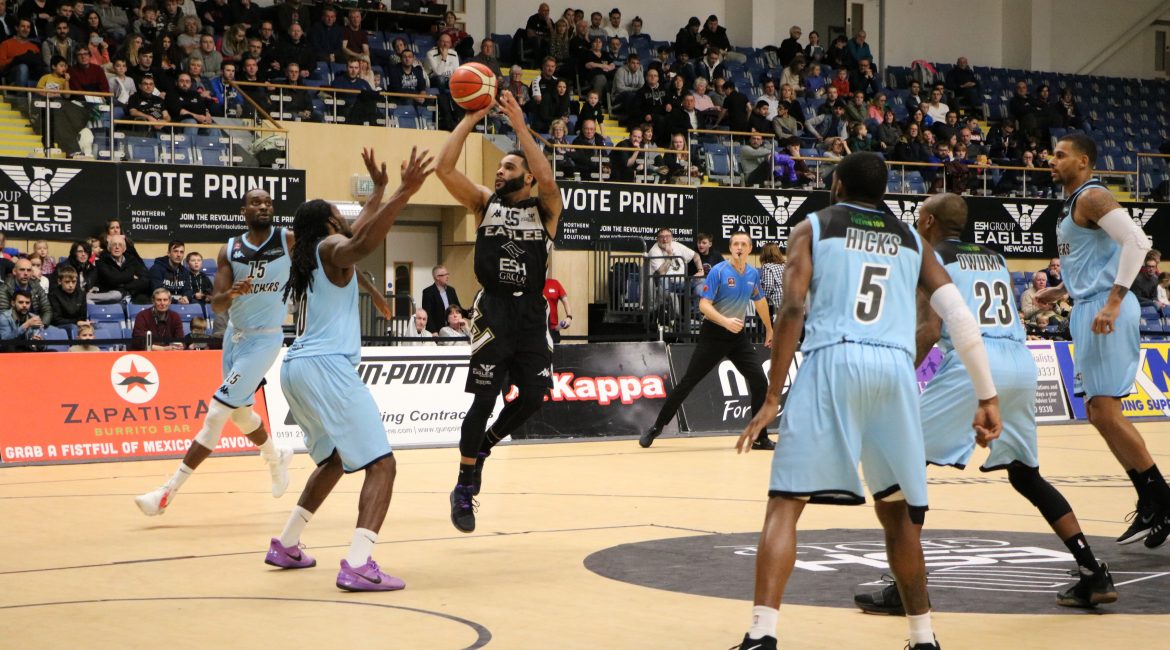 This week only one Eagle makes a showing in the BBL’s top picks of players as Jaysean Paige joins the elite roster off the bench.

Neil Watson (Plymouth Raiders)
The Raiders’ playmaker has taken things up a gear of late and he mustered another brilliant showing to help catapult Raiders into the BBL Trophy Quarter-Finals. Watson torched Bristol Flyers in the south-west derby with another classy double-double of 22 points and 11 assists – as well as snapping up 5 steals and not having a single turnover all night.

Ingus Bankevics (Manchester Giants)
Our first debutant has previous experience of featuring in our starting five from other stints in the BBL and the Latvian makes a return after a typically fine shooting night for Manchester Giants. The visitors won at Leeds Force as Bankevics finished the contest with 31 points, while also showing his passing skills by serving up 8 assists.

Orlan Jackman (Cheshire Phoenix)
Another familiar face from previous seasons, Jackman could barely have chosen a more important week to cement his first starting five slot of the campaign. The British forward trampled over Lions to send Cheshire to the BBL Cup Final, with their amazing comeback in the second leg founded on his 23 points, 7 boards, 2 steals, 2 assists and 2 blocks.

Dallin Bachynski (Worcester Wolves)
It’s a third appearance of the season for the Wolves big man as he made sure Worcester did not fall victim to a giant-killing in the BBL Trophy at Team Northumbria. Bachynski had too much in his locker for the home defence at Sport Central, as he racked up an excellent line of 14 points, 11 boards, 5 assists, 4 steals and zero turnovers.

Tony Wroblicky (DBL Sharks Sheffield)
It was a nightmare journey to Surrey Sports Park for Sharks and Wroblicky unleashed that frustration on the Scorchers with a stellar shooting effort that carried his team into a top three spot. He went an amazing 10 of 11 from the field as he dropped 21 points, while also coming up with 6 precious rebounds in a tight victory.