An Interview With Mac 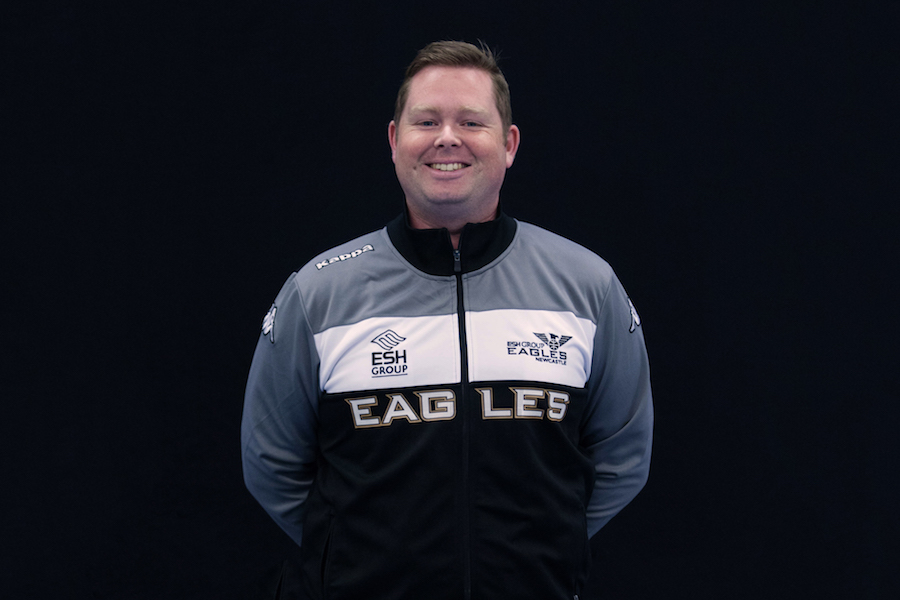 Just under a week to go until Esh Group Eagles take to the court again after what will have been a two-week break. I spoke to Assistant Coach Ian Macleod about how he saw the Bristol game and moving forward.

Naturally the first focus was on such an unbelievable performance from Scott Martin. Normally Coaches don’t like to talk about individual players but this was certainly one time Macleod was happy to go against that tradition.

“Not bad at all. 41 points, 11 rebounds and 5 assists, he’s just Scott Martin. He’s doing the right things being in the right places doing those right things. Not one of them was a bad shot that he shouldn’t have taken.”

“He’s already done the work to get open, that’s what people don’t see, the little movements to make sure he has good court spacing which helps the team as well. It’s not just about putting the ball in the hoop it’s also about what he does beforehand.”

“But also you have to give great credit to as a team how we spaced the floor. Joe’s playing a lot more now and he helps us with that court spacing. He runs to those corners and helps us space the court floor really well. As a team we got Scott open and I’m sure he would say credit to the guys as well”

It was one of those games which was really good to watch and there’s no doubting that Bristol have a lot of talent and pushed The Eagles all the way. But, The Eagles were without Darius Defoe and Drew Lasker whilst Bristol were at full-strength.

“That means everyone is up for it. So every game we play, if someone beats us especially at our home they celebrate like they’ve just won The Championship. That’s testament to us as a programme and organisation that every one is massively motivated when they come here.”

“We saw that in this game as posted a 9 – 0 run to start the game. They came out they had a lot of energy but we just re-grouped, it was quite similar to The Cup Final actually, a little bit of a run from them at the start but we re-grouped, didn’t panic and went on from there.”

“In the end we got the result and even the performance we wanted out of the guys. We didn’t quite hit our team goals which means we can take a great win and still have something to work on before Glasgow come in next.”

Ian Macleod, a young man learning his trade at the highest level and one that has come through The Eagles ranks as a player and Coach to get to a deserved place in the organisation. There is a longer version of this interview at www.eurobasket.com under the United Kingdom page.

It focuses more on Macleod as an individual, what he’s achieved, what he’s doing and what his hopes are going forward. But for now, we need to start turning our minds to this Friday and The Glasgow Rocks.

That Glasgow game will be huge as before this weekend Rocks only had five losses and are a genuine contender for the top two positions. They’ll be looking for revenge as well for The Cup Final loss and know we may well still be without Darius so will be confident about their chances.