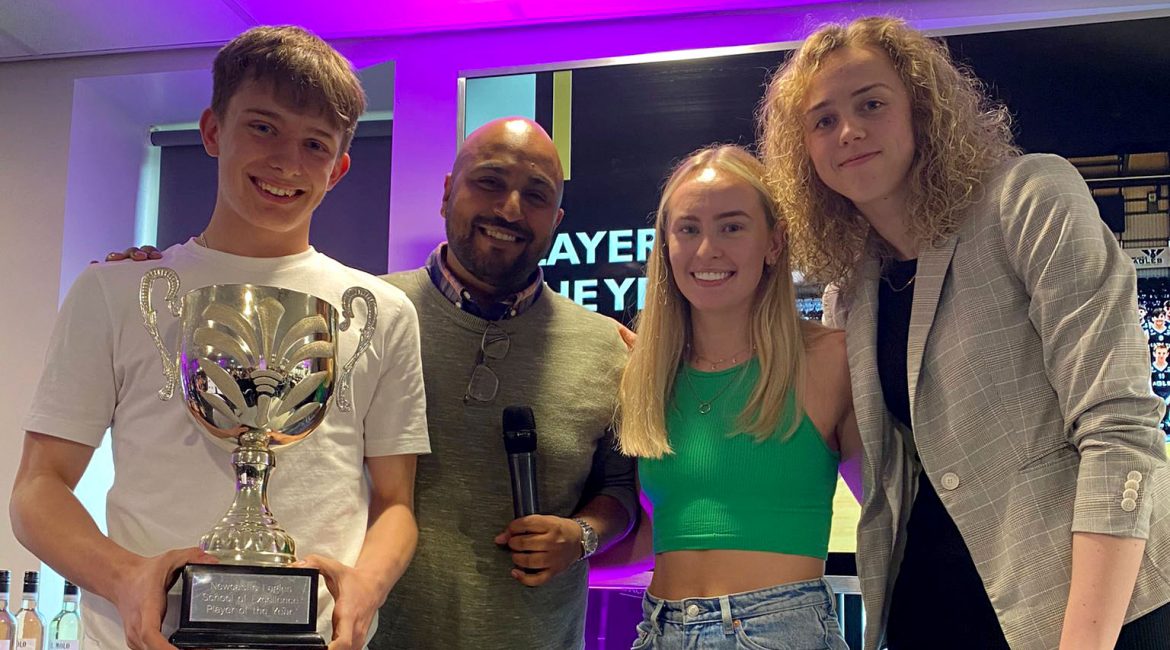 On Saturday night our Vertu Motors Arena hosted a night all about the future stars of North East basketball as our Newcastle Eagles Academy celebrated their successes at the end of a record season.

Players in our Junior National Basketball League teams were joined by their coaches, team managers, family and friends for the annual awards presentations.

Eagles Community Foundation CEO Sam Blake was joined in The Brian Manning Suite by trustee Dave Forrester and Newcastle Eagles managing director Paul Blake, looking back on the past 12-months and sharing plans for the Academy’s exciting future.

“The night is all about our performance level junior players and celebrating their achievements, on and off the court”, said Sam Blake.

Four awards are handed out to each of the teams as well as an overall annual Academy Player of The Year trophy with the presentations made by Newcastle Eagles players Darius Defoe and Marina Fernandez.

Coaches select the Most Improved Player, Defensive Player and Most Valuable Player (MVP) for from their squads who themselves vote on who should be crowned Players’ Player of the Year.

ACADEMY PLAYER OF THE YEAR

“Congratulations to all the winners and a big thank you to our coaches, team managers and all the players’ parents for everything they have contributed to this hugely successful year”, Sam Blake added.

“We are excited to see what next season brings for all of our young Eagles as they continue to develop and our junior programme grows to four teams for the 2022-23 campaign.”

Find out more about the Newcastle Eagles Academy in its section of our website.