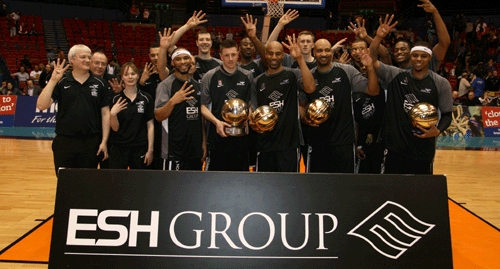 With time ticking down until the start of another exciting and roller-coaster British Basketball League season, the BBL Championship fixtures have further heightened anticipation by throwing up some fascinating match-ups on opening weekend.

BBL newcomers Birmingham Knights and head coach Paul Douglas face a baptism of fire when they step out for the first time, since they are scheduled to go to defending champions and last years’ treble-winning Jelson Homes DMU Leicester Riders in their first contest on Saturday 28 September.

The brand new season will actually tip-off 24 hours earlier on Friday 27 September, when there will be a north-east derby between Newcastle Eagles and Durham Wildcats and London Lions will play their first competitive BBL game at their fantastic new home, the Copper Box Arena against Manchester Giants, the team they edged out to make last season’s play-offs.