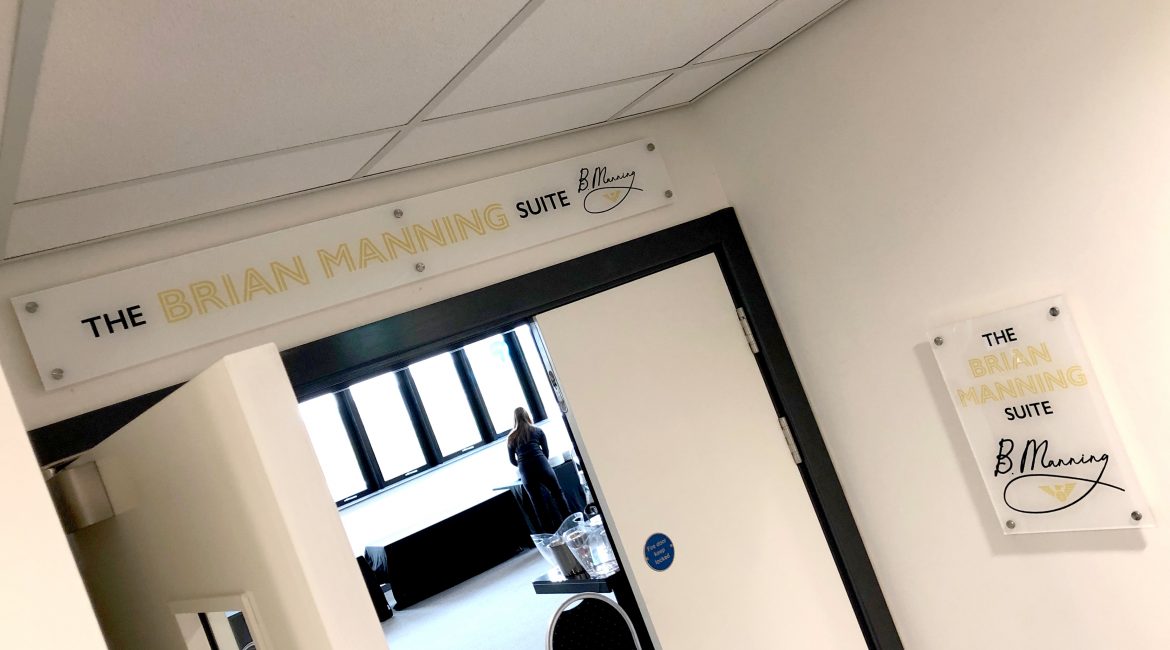 At the final BBL Championship home game of the first season in our new home we were delighted to honour one of our greatest and most loved supporters by naming our main VIP hospitality room as ‘The Brian Manning Suite’.

Brian’s support of both the club and our community foundation has been immeasurable over many years and he was a huge driving-force in the earlier stages of the project to build our Eagles Community Arena.

As chief executive of our main sponsors Esh Group since the early 1990s leading the steady growth of the business, Brian earned a significant reputation as one of the North East’s most astute businessmen with a vision to serve the community.

A familiar face to all Eagles fans, Brian passed away in April 2017 following a short battle with cancer.

In a fitting tribute to the family-friendly atmosphere that he loved about Eagles game-nights, three generations of the Manning family came together at Friday’s game when the official naming of the room was announced.

Brian’s daughter, Sarah said: “Dad loved being part of the Eagles family, as do we. It is such an honour for Dad to be remembered in this way. As always, we are so proud.”