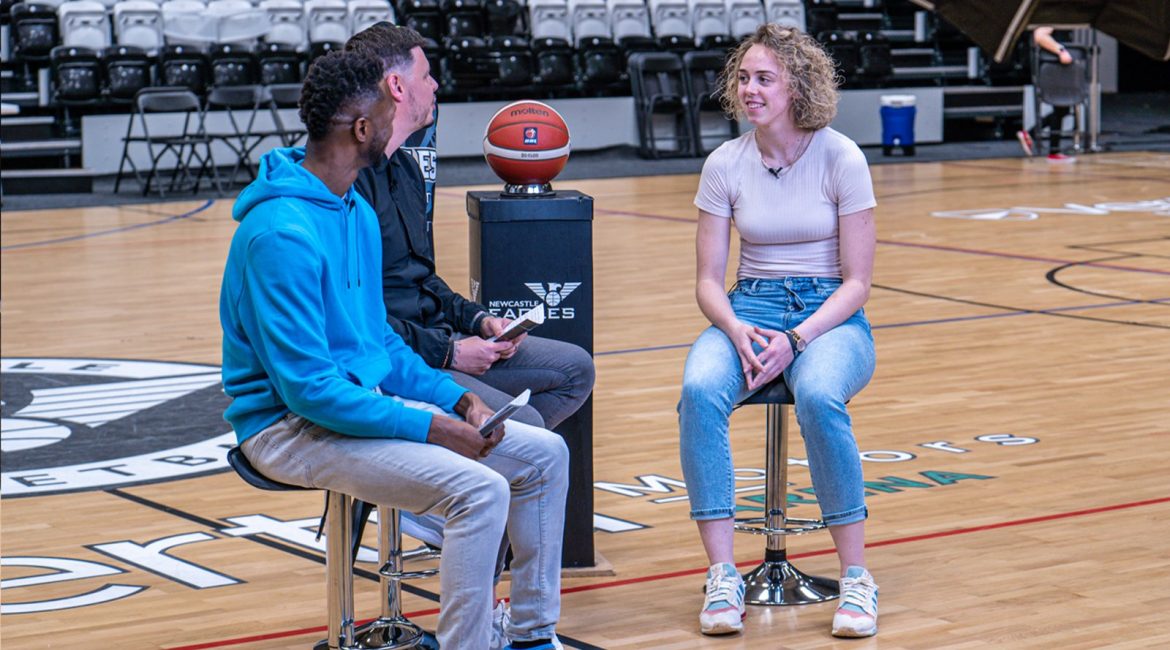 Straight after our Eagles got their win over the Plymouth City Patriots, The BBL Show filmed their latest episode on the Vertu Motors Arena court.

It was the Eagles edition of the popular podcast, recently rebooted as a YouTube show, hosted by its founding presenters and former BBL players Drew Lasker and Jay Marriott.

Lasker’s former Eagles teammate Charles Smith stars in the Newcastle special, which takes a look into our WBBL team’s new season aspirations with our player Chloe Gaynor and insight into how things are shaping up with our BBL roster with Javion Hamlet, fresh from his huge Friday night top-scoring performance.