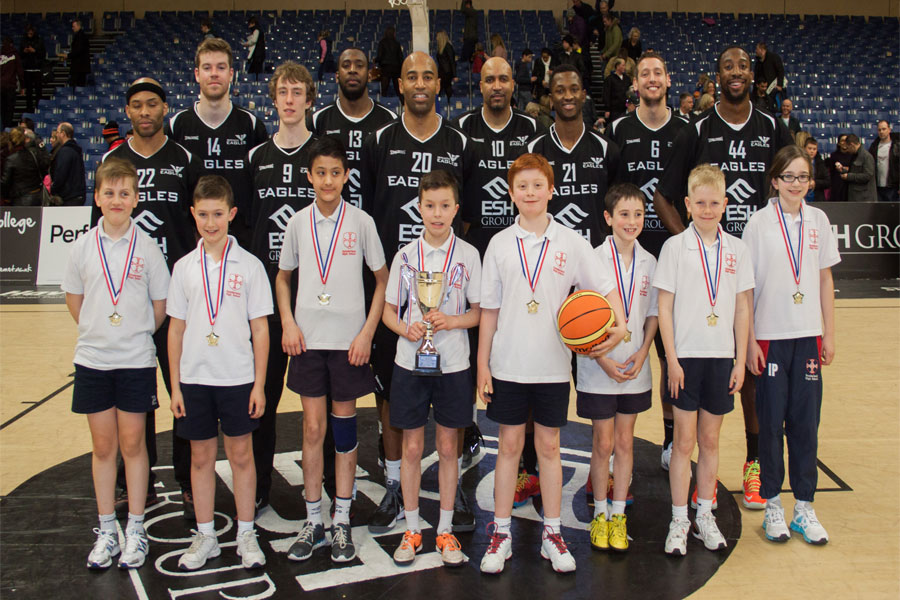 Sunderland Junior High defended their Sunderland Hoop4Health title on Friday night.  The semi finals proved to be a close affair with East Herrington facing former Champion of Champions winner St Cuthbert’s.  It looked like the 8 minute game would head to a shoot out before St Cuthbert’s scored on a jump shot with 1:39 left in the game.  It was enough to see them through to the finals.  The other semi final was just as close although Sunderland managed to score a bit earlier in the game vs. Farringdon and managed to hold on to win 2 – 0.  In the finals the game was half way through and was proving to be a very close affair before Sunderland got on the scoreboard.  St Cuthbert responded but their shot rolled around the rim and out.  The momentum shifted to Sunderland High as they scored another 2 quick baskets and lifted the Hoops4Health crown for the second consecutive year with a 6 – 0 victory.