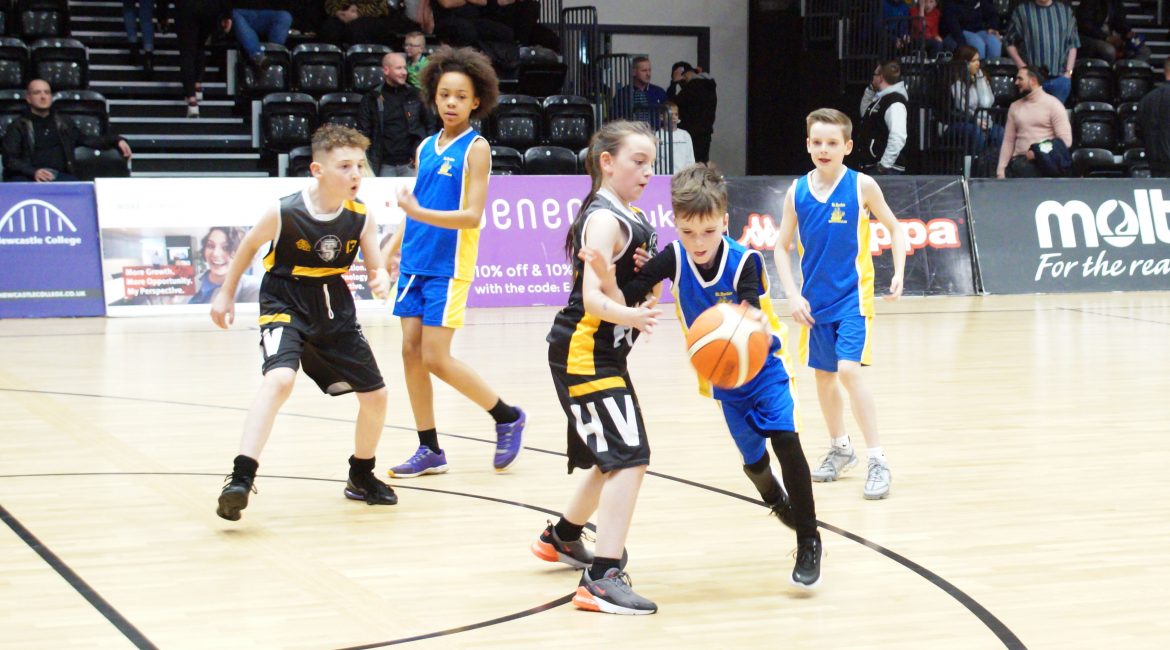 The pre-tournament favourites conceded for the first time on their way to a hard fought 4-2 semi-final win against Stanhope Primary.

But a single basket was enough secure the trophy as St Bede’s defeated Biddick Hall in a nerve-wracking final.

“We’ve been competing in the Hoops 4 Health competition for a while now and we love everything about it,” said St Bede’s PE coordinator, Brian McVittie.

“We play a full range of sports at St Bede’s but the children love their basketball.

“This year they’ve worked really hard to make sure they were ready for Hoops For Health.

“We’ve won the regional tournament four times now and won the Champion of Champions twice so as a school we’re very proud of our Hoops For Health history.

“We’re also a small school compared to many that enter the South Tyneside competition.

“But we have a great team ethic and the children play for each other and support each other.”

That work ethic and togetherness shone through as St Bede’s found Biddick Hall in fine form during a fascinating final.

The two teams took to the court as Newcastle Eagles and London Lions broke for half-time during their BBL Championship clash.

And Mr McVittie was delighted with his pupils’ attitude and commitment in front of thousands of noisy fans.

“We managed to get through a really tough semi-final against Stanhope Primary with a 4-2 win and it was the only basket we conceded in the whole tournament,” he added.

“The children were desperate to win the final but Biddick Hall had a lot of the ball and we just had to be patient.

“We scored early on and then dug in and found a way to defend our lead.”

“What I like about basketball as PE Coordinator is that it’s great for both genders. Boys and girls think nothing of playing together and against each other.

“Basketball is great for getting girls into sport so it’s a big win as far as St Bede’s is concerned.

“When the Eagles players come into the school as part of Hoops For Health the messages they get across around healthy living make a real impact.”

St Bede’s were joined by Biddick Hall Juniors, Stanhope Primary and Forest View Primary in the Final Fours with the semi-finals played at the ECA prior to the Eagles’ clash with London.

Hoops For Health relies on the support of the local community to deliver an award winning programme.