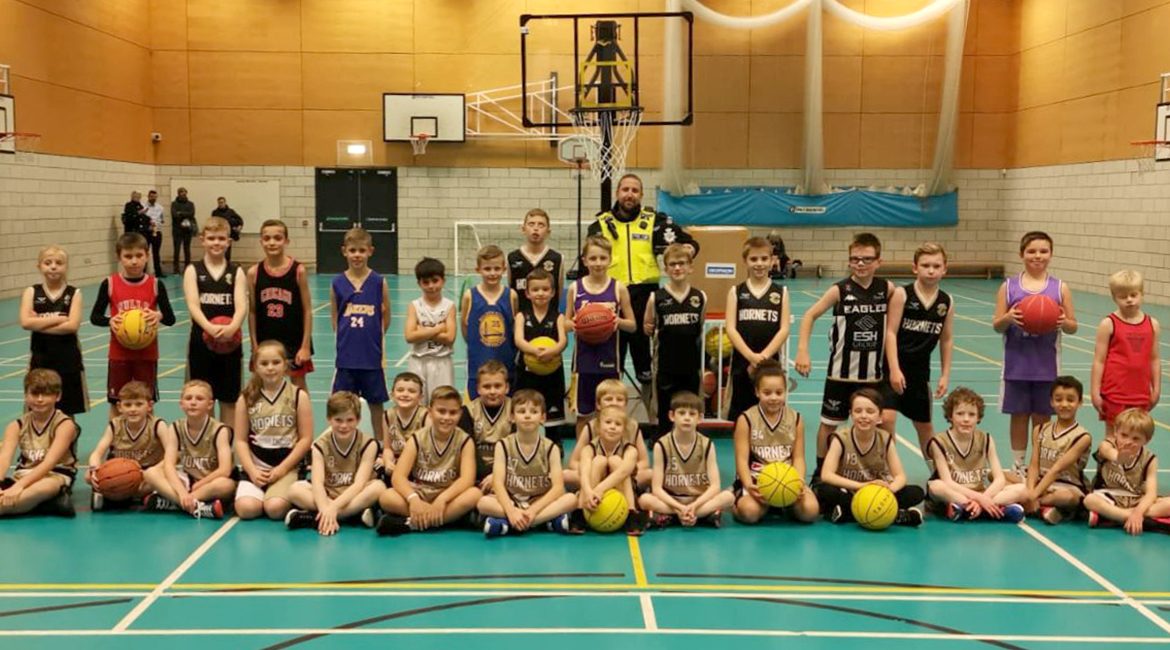 One of our Eagles Community Foundation’s basketball clubs has received a haul of new equipment thanks to their local bobby on the beat.

Cardinal Hornets is a volunteer-led basketball club run by our foundation out of Cardinal Hume Primary School in Gateshead.

More than a hundred children between the ages of five and 16 are part of the club and compete against others across the region in our Central Venue League.

On top of his day job working in the front office of Gateshead Police Station and the hours he puts in as one of their Special Constables, Martin Walton volunteers at the Hornets for six hours every week to offer coaching and support the head coach Anthony Forrester.

The Old Durham Road club’s application to the Northumbria Police Charities Fund was granted so the team could purchase new basketballs and hoops.

Martin said: “With the amount of children increasing on a weekly basis we try our hardest to raise funds for the club.

“We have had funding from the Police Charities Fund in the past which has helped the club massively and without which we would not be in the position we are in.

“We are incredibly grateful for the new equipment and it will accommodate the children in ways you couldn’t imagine.

“The club doesn’t just teach the children basketball, it teaches them respect, and it and helps them make new friends and communicate with other children.

“The club is like a big family, and we help each other both on the court and off the court.

“Some children who attend the club come from deprived areas and getting them involved in the club is a massive help with their confidence.”

Martin initially got involved in the club as a parent but is now a coach and recently gained a level two Basketball England coaching qualification.

You can learn more about the Eagles Community Foundation and find out where to play basketball across the North East here on our website.