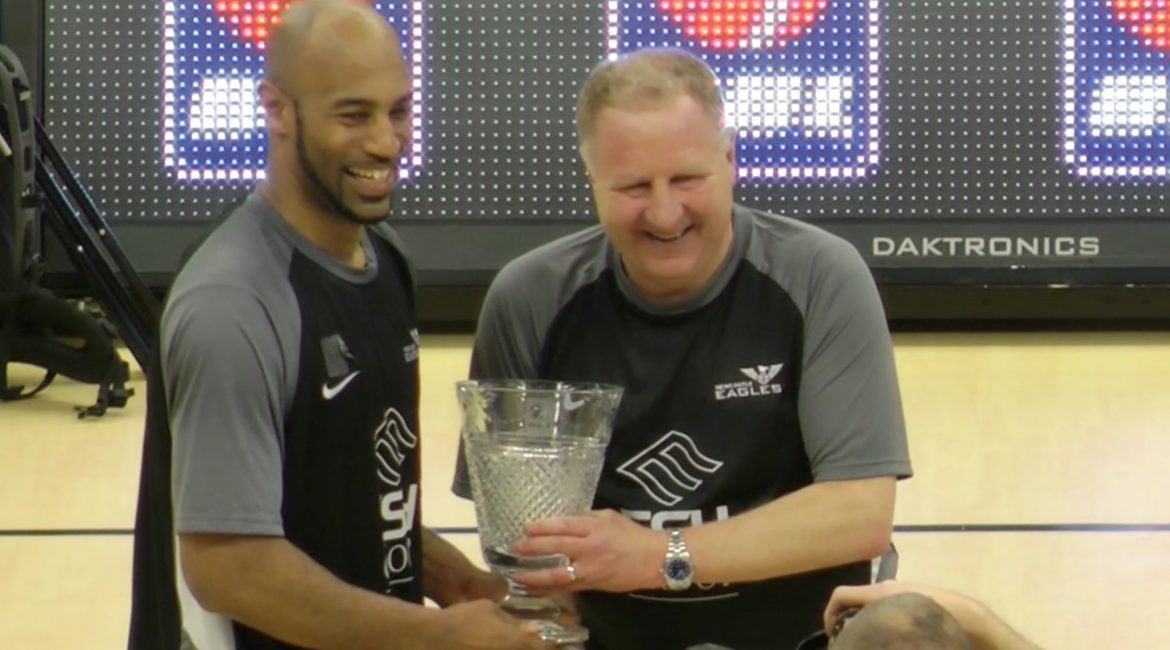 Over the first five days of 2019 we’ve been looking back at the top five games we had in our old home of Sport Central, before the big move to our Eagles Community Arena next week.

The five games have been selected from the archives by some of our longest serving fans, staff and volunteers, who together have seen all of the over 180 BBL games played there.

After losing in the BBL Cup Final to to the Riders just weeks earlier we got swift revenge back at home!

Our old home had a thrilling opening night with a double overtime 107-104 win over Sheffield Sharks!

In the 2014 BBL Play-Offs Semi-Final our Eagles started the home 2nd leg 11 points down to Leicester Riders, but back in the nest it was always going to be a different story…

Aptly our number 1 game at our old home is against the first opposition we will face in the new venue. It was the home 2nd leg in the BBL Trophy Final and our Eagles were trailing by 9 going into the game, but with the crowd behind them for the title the team didn’t disappoint…

In total we played 181 competitive games at Northumbria University Sport Central between September 2010 and December 2018. Thanks to all the staff who worked there through the years and of course to all our fans who were “loud and proud” helping us to 151 wins over 9 seasons calling it home.

We look forward to welcoming you all to our new Eagles Community Arena for the opening night on Friday 11 January. Tickets are on sale now: