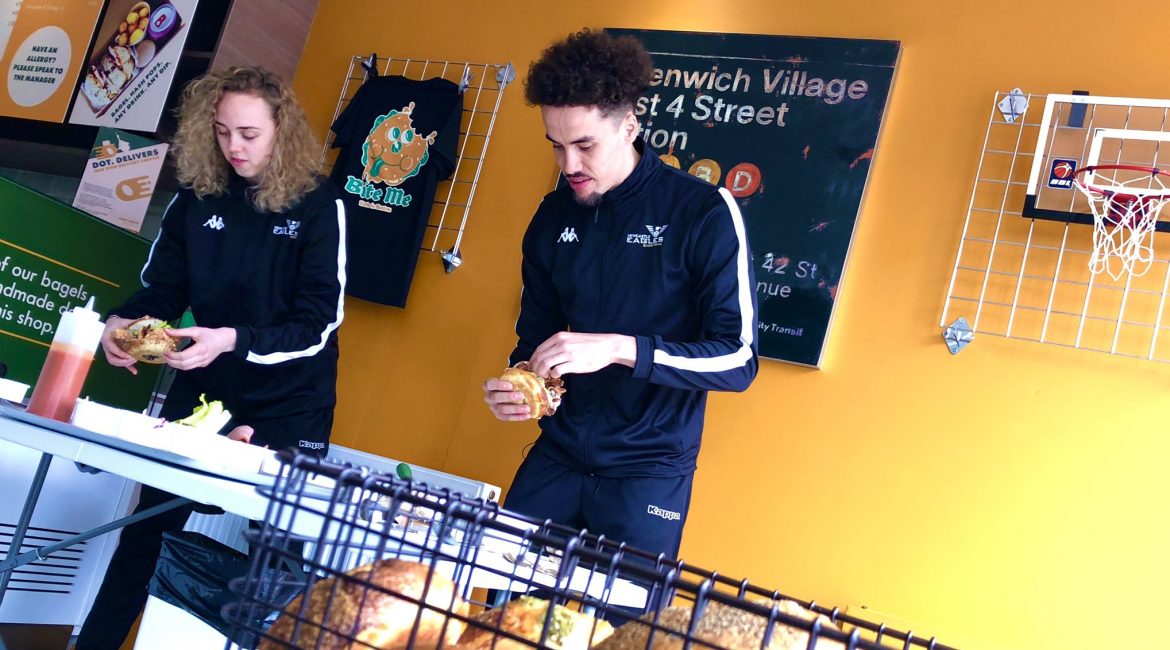 Reckon you could slam dunk a bagel?

This week Eagles players Corey Johnson and Chloe Gaynor went head-to-head at our sponsors Dot Bagels in a “Bagel Shootout” to build their very own bagel!

The rules of the game meant that every bagel they got in the basket won them an ingredient for their creation, but there was only one of each available so they’d have to be fast.

Only expired bagels were used for the shootout so no food was wasted during this game.

Representing our WBBL team Chloe created “Everything with a Little Bit of Spice”? Spicy Mayo, Fried Chicken & Avo in an Everything Bagel.

And on the BBL side Corey’s creation went back to his roots with a “Canadian BLCC”? Bacon, Lettuce and Cream Cheese in a Heatwave Bagel.

Vote for your favourite over on Facebook or Instagram for the chance to win tickets to one of our final BBL or WBBL home games before the end of the season.