From Courtside To Ringside – Big Time Boxing Arrives At ECA 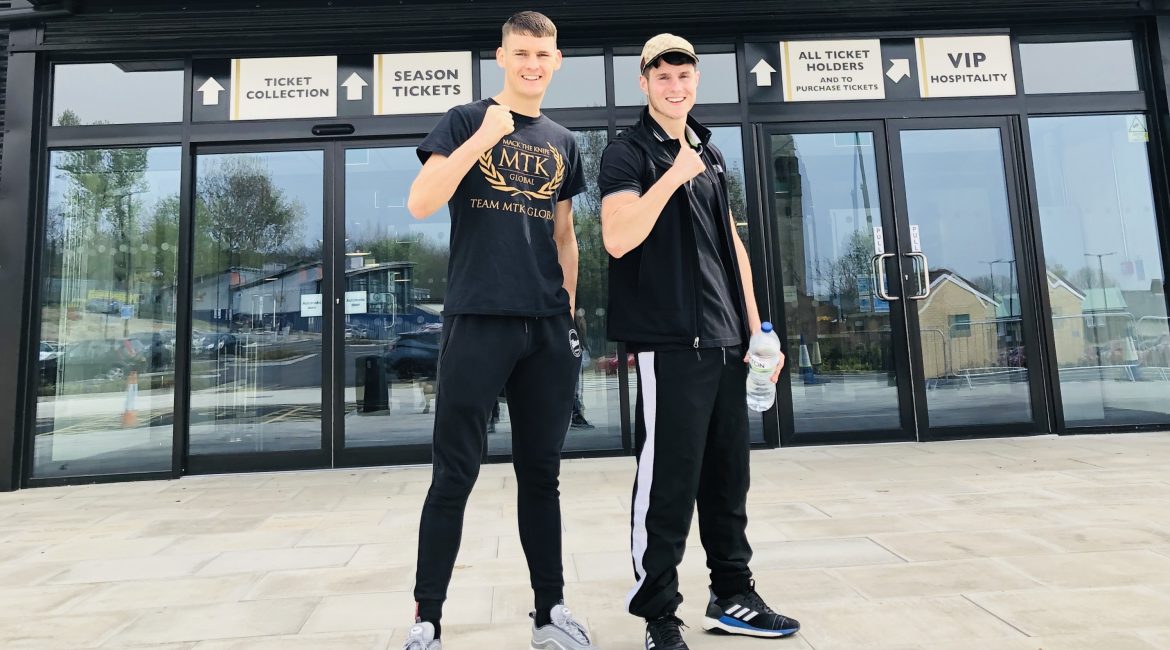 ‘Benwell Bomber’ Joe Laws believes the Eagles Community Arena can become a home from home just 48 hours before his first fight at the brand new venue.

The 24-year-old shot to fame live on Sky Sports on the Lewis Ritson undercard last autumn – stopping Chris Truman on the back of a powerful array of unflinching punches.

And Laws is back on home turf on Friday with hundreds of the Bomber’s biggest fans expected to transform the ECA into a cauldron of noise.

“I live a stone’s throw from the arena and it feels like somewhere I could come back to,” said Laws.

“I’ve had a good look around and seen how it’s going to be set up and I think it could be great for boxing in Newcastle.

“I didn’t realise just how big basketball was in the city but I had a good chat with Eagles’ player-coach Fabulous Flournoy and he taught me a few of the basics!

“If I can be anywhere near as successful as Fab and his players I’ll be happy. This is only my fifth fight but I see it as a stepping stone to bigger and better things.”

Laws made an instant impact at the Utilita Arena when he entered the ring wearing a sombrero and luchador mask – a nod to his time spent sparring in Mexico.

And more than 500 friends and family are expected to pile into the 3,000-capacity venue as one of Tyneside’s hottest prospects steps back in the ring.

“Everyone’s meeting in the pub in the afternoon and walking down from Benwell,” added Laws. “They’ll be chanting my name in the streets and getting in the mood for what promises to be a great night of boxing.

“I’d love it if the ECA became a permanent fixture on the boxing circuit.”

Fellow North East favourite Chad Ellis is defending his 6-0 record as a professional and the Spennymoor star will be backed by more than 150 County Durham fight fans.

“I was shocked at how good the new arena looks,” added the talented welterweight. “Places like the ECA can bring boxing back to the region in a big way.

“I fight out of MTK in Newcastle so I want the city to build on its reputation as a boxing hotbed and new venues can only help.”

The southpaw takes on Spaniard Alvaro Rodriguez in defence of his WBO European title.

And he said: “There’s a lot of drive with any title fight but this is a very different situation to fighting for a vacant title now.

“I’m the champion and he’s coming to dethrone me. It’s not going to happen because I’ve worked far too hard in this camp. The belt stays with me on Friday.

“This camp, I’ve worked on relaxing a bit more. I don’t want to be a million miles an hour all the time. It works for me but I can save energy and be a bit more cute. I believe you’ll see a more relaxed version of me now.

“It’s up to my management how many times I defend this belt. I love having it and being European champion but I do want a world title shot sooner rather than later so this could be my last defence.”

Remaining tickets are available to purchase online or limited seating may be available on the door, but fans are advised to book in advance to avoid disappointment.