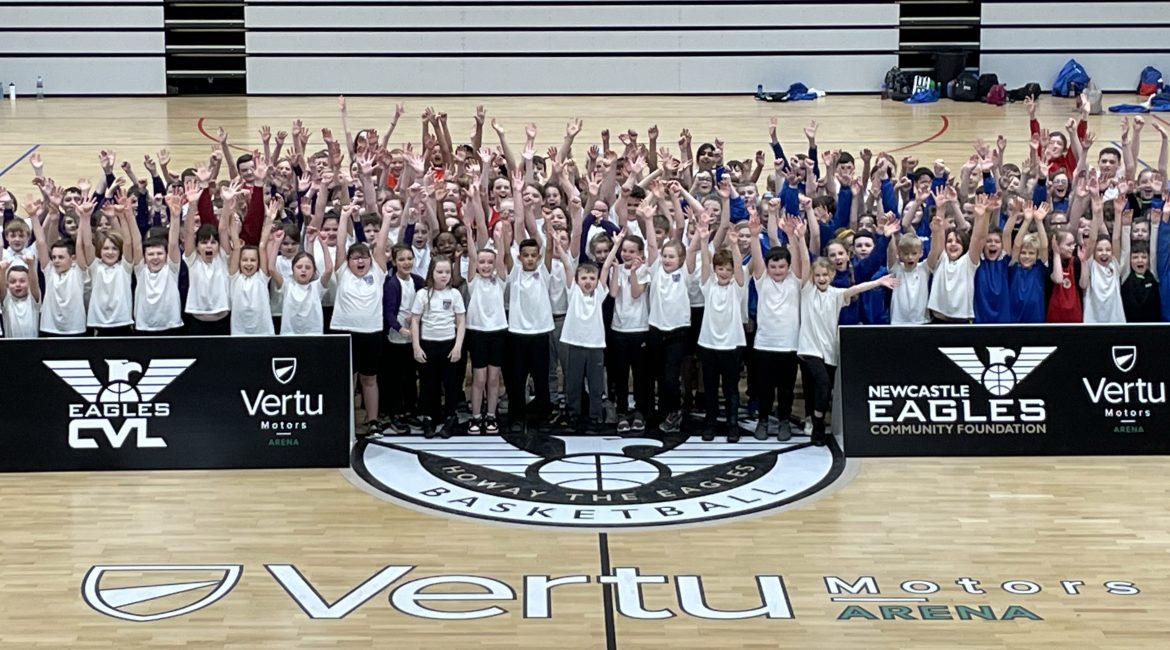 On Friday 28 January, the Vertu Motors Arena hosted its first Hoops 4 Health regional tournaments after a two-year hiatus throughout the pandemic.

Almost 200 children took part in the competition bringing together nine schools from across North Tyneside at the home of the Eagles Community Foundation.

Sam Blake, Chief Executive Officer of the Eagles Community Foundation, said: “It was wonderful to see and hear the young people participating in such a fun and engaging day at the Vertu Motors Arena.

“It has been such a long time since we could do this and we know that the schools have missed it as much as we missed them.”

Hoops 4 Health is the foundation’s biggest outreach programme which delivers roadshows and coaching promoting an active and healthy lifestyle to young people in primary schools of six local education authority regions across the North East.

“As we continue to bounce-back from the last few years we are looking forward to many more days like today”, Blake added.

“The Hoops 4 Health programme wouldn’t be possible if it wasn’t for the schools themselves and the amazing support of Northumbria Healthcare NHS Foundation Trust, the Hospital Volunteer Service, Northumbrian Water, North Tyneside Council and Vertu Motors.”

The final stages of the competition are set to take place pre-game and at half-time of the Newcastle Eagles BBL home game on Friday 11 February when thousands of basketball fans will be able to see the young players in action.