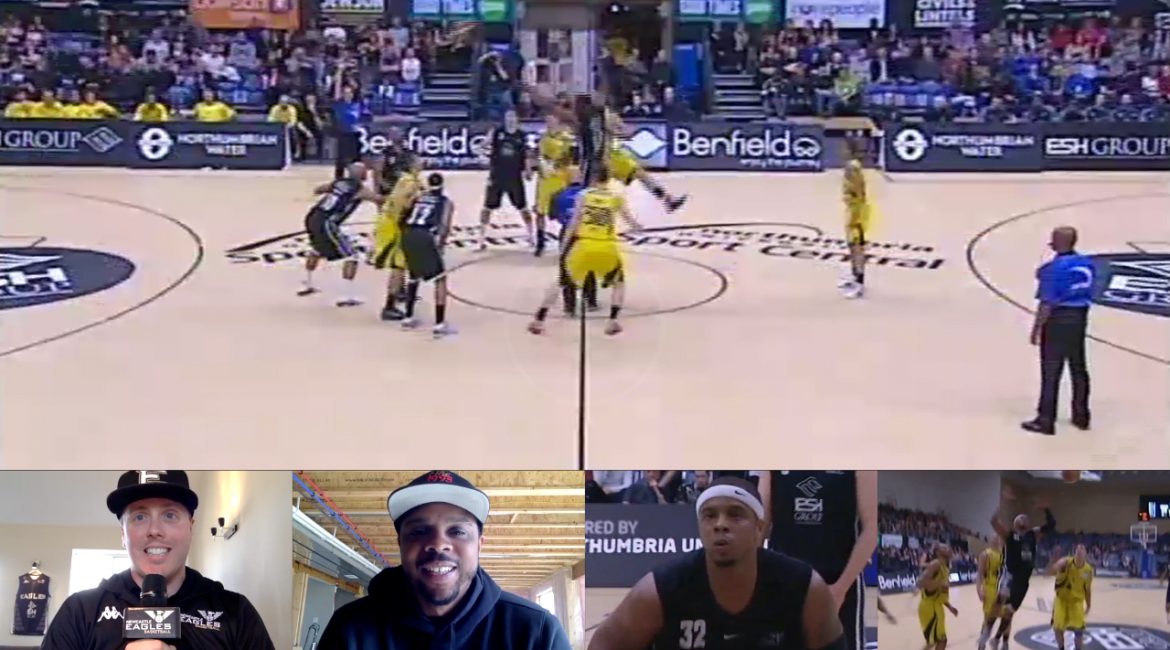 Over the next two episodes of our “Eagles Nest-In” series Dan is joined by Joe Chapman to talk about the last hurdles on the road to that season’s Play-Offs Final and a second clean-sweep for the club.

It was a two legged semi-finals series against the then Cheshire Jets and in Episode 15 the 2012 BBL MVP discusses the 1st leg played at home in Sport Central, which you can then watch in full after the interview.

Episode 16 will premiere on our Facebook Page and YouTube channel on Wednesday evening at 5:30pm with the 2nd leg on the road at Cheshire’s Northgate Arena.