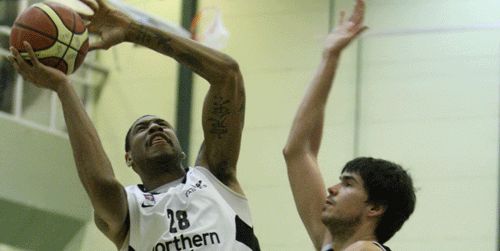 After holding a 34-24 advantage at the end of the first quarter, BBL rookies Essex Pirates looked as if they were on course to beat last year’s Playoff winners, Newcastle Eagles. The homes side started with a 7-2 run to put the second-placed Eagles on the back foot, and the sides then traded baskets for a few minutes. Fabulous Flournoy’s team then got back into the game – although the Pirates were 19-14 up, the Eagles swooped to launch a 9-2 run to make the scores 23-21 to the Pirates with three minutes to go in the first. Two three pointers from Alan Metcalfe then sparked a 13-1 finish to the quarter for the Pirates.

The Eagles led narrowly (51-56) at the half time interval, thanks to a 15-3 run at the start, and never looked back, their largest lead being 109-86 after a Reggie Jackson triple with 4.15 to go in the game. Although the last Pirates lead was 40-39 early on in the second stanza after a Tanner Adu three pointer, Newcastle eventually recorded a high scoring 104-117 win in Southend. They were led by Jackson, who was top of the scorers list for the game with 22 points, Charles Smith had 21, and Lynard Stewart had 20 points. For the Pirates, new addition Marcus Knight impressed with 19 points, whilst Tanner Adu (16) and Alan Metcalfe (15) provided able back-up.