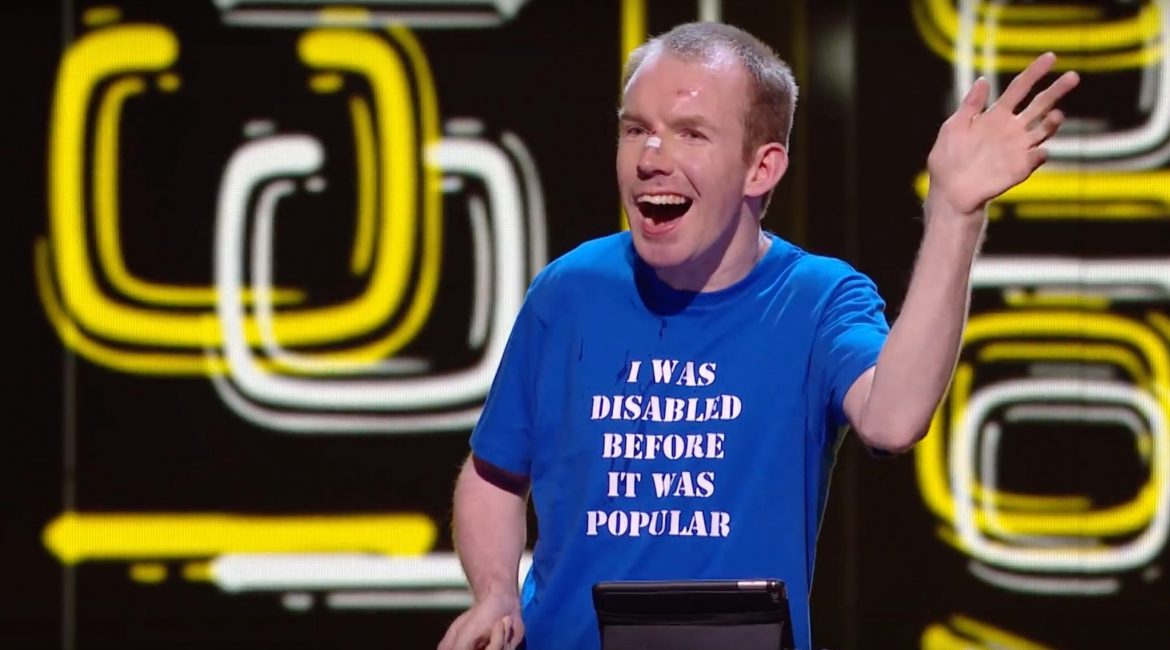 A huge well done from everyone at the Eagles to ‘Lost Voice Guy’ Lee Ridley on winning Britain’s Got Talent last night.

Lee, from Consett, has followed the club for many years and is a well-known face to fans who attended our games along with him both at the Metro Radio Arena and Sport Central.

37-year old Ridley’s cerebral palsy has affected his ability to speak, which he turned into self-deprecating humour earning him thousands of fans across the UK as well as here in the North East where he was already a much-loved star of the local comedy circuit.

Lee beat 10 other acts to win £250,000 and the chance to perform at this year’s Royal Variety Performance.

After the result was announced he told the media he had been blown away by the support and that he was looking forward to performing for the Queen.

And as to what he is going to spend the prize money on, straight after the live show finished over on ITV2, he told Britain’s Got More Talent host Stephen Mulhern “Well, I’m definitely going to spend the money on getting a Geordie accent for my iPad.”

Messages of congratulations were being posted on social media last night by some of those who remember seeing Lee at our games:

You can watch his full final performance on ITV’s Britain’s Got Talent’s YouTube Channel:

Congratulations Lee and we look forward to welcoming you back to a game next season!