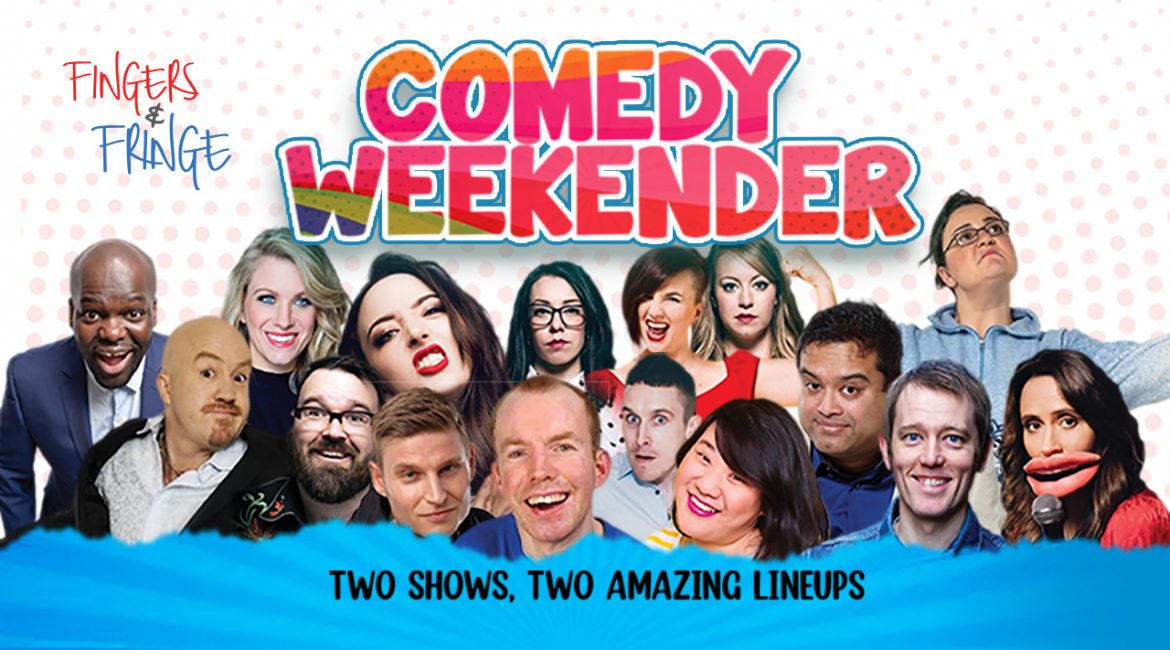 THE ALL-STAR LINEUP INCLUDES SOME OF BRITAIN’S FUNNIEST COMEDIANS THIS OCTOBER AT THE VERTU MOTORS ARENA!

Britain’s Got Talent winner Lost Voice Guy, The Chase star Paul Sinha and Mock The Week’s Andy Parsons are all set to perform.

An all-star comedy festival is coming to Newcastle’ this Autumn, bringing together some of the country’s favourite comedians for a full weekend of hysterical stand-up.

Organised by the  North East-based production company, Fingers & Fringe, the festival is set to welcome up to 3,000 comedy fans to the Vertu Motors Arena on Scotswood Road.

Paul Sinha, star of the hugely popular ITV game show, The Chase, has been announced as just one of the heavyweight names confirmed.

Alongside his TV appearances as the ‘Sinnerman’, Sinha has built a reputation as one of the UK’s sharpest club comedians. Described by Chortle as “hilariously funny, passionate and articulate”, Sinha has performed in every major comedy club in the UK, taken his shows to eighteen countries across the world and performed at the Edinburgh Fringe Festival eight times.

Also on the bill is Lee Ridley, better known as ‘Lost Voice Guy’, shot to fame after winning Britain’s Got Talent in 2018.

The Geordie comedian was diagnosed with cerebral palsy at the age of 6 months, which affected his movement and resulted in his loss of speech. Despite his condition, Ridley decided to launch his stand-up career in 2012, crafting a unique comedy style using an iPad voice synthesiser app. His hilarious and refreshing take on disability has earned him hundreds of thousands of fans from across the world.

The weekender will also welcome Rachel Parris, a BAFTA Nominated comedian, musician, actor and improviser who is best known for her viral segments on BBC 2’s The Mash Report. The multi-award-winning comedian has also appeared on Live At The Apollo, Mock The Week, QI and Would I Lie To You. As a solo musical comedian, her shows have earned a rapturous response from critics and packed out venues across the country. 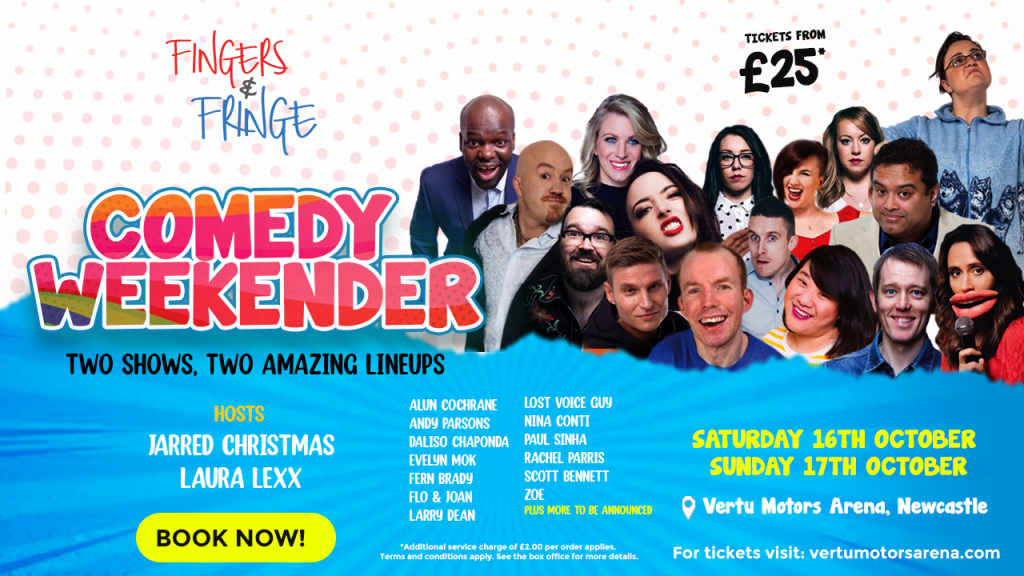 Speaking about the event announcement, event organisers, Matty and Luke from Fingers and Fringe, said: “It’s always been a dream of ours to put on a show of this size together and to do it at the Vertu Motors Arena is an absolute joy. Strip Fingers and Fringe down and you have have two die hard fans of comedy wanting to put on a great show, and with the incredible line up.

“We’re both massive comedy fans and have always loved live comedy, so to think that we’re now putting on such a big show at such an amazing venue is just so exciting. It’s the biggest thing we’ve ever done. This is a true celebration of live comedy.”

The event will be hosted by Jarred Christmas and Laura Lexx, who have both been winners of the Chortle Award for Best Compere.

Vertu Motors Arena, formerly known as the Eagles Community Arena, is the home of the Newcastle Eagles – the most successful team in the British Basketball League’s history.

Sam Blake, CEO of the Eagles Community Foundation, added: “Everyone at the Vertu Motors Arena is looking forward to hosting the inaugural Comedy Weekender this October.

“We are hugely proud to be working with a fantastic group of local companies to make this first live comedy event at the venue a success, showing yet again how flexible the arena’s spaces are.

“With a focus on supporting our community, we look forward to having a much needed laugh across the weekend, it will be a tonic after the past 17 months.”