Academy Eagle Soars To Next Stage 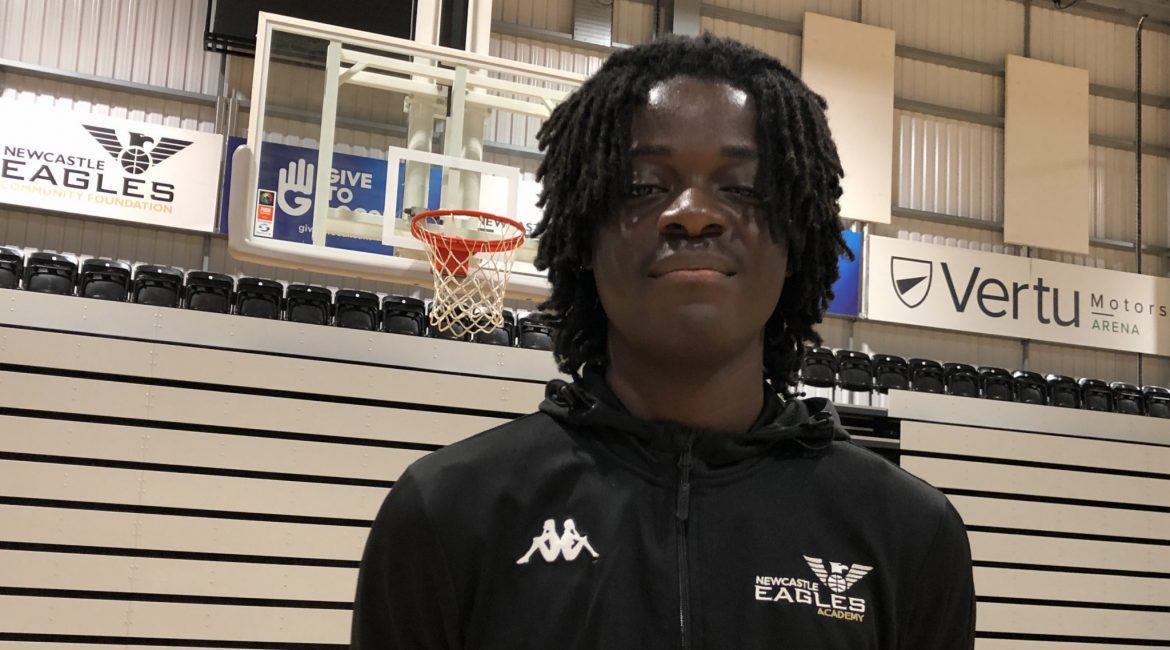 Emmanuel Hezekiel from the Newcastle Eagles Academy has been chosen to move to the next stage of Basketball England’s national team selections, looking at stars of the future through an Under-16s showcase.

Hezekiel has been an Academy player from the U14 age group where he competed in the Junior NBL Premier North Division.

Coming through the ranks, the young player started his Eagles journey as an under-12 playing with the Newcastle West Hoopstars basketball club, based out of our Vertu Motors Arena.

Following a regional inter-club tournament, where Newcastle won all their games, four boys and four girls were selected from across the Eagles junior programmes and invited to a ‘Super-North’ regional trial at the Basketball England National Performance Centre in Manchester earlier this month.

After taking one of six spots against the best U16s from across the combined North East, North West and Yorkshire region, Emmanuel will now continue to train as part of the national set-up at a series training camps and events over the coming months.

Eagles Academy U16 boys head coach Calvin George said: “Emmanuel has developed through the program and taken his own development seriously, working very hard on and off court.

“He has high standards for himself and has the opportunity to achieve one of his goals. I’m confident that he will represent his family and his club at the next level exceptionally well.”

Well done Emmanuel from everyone at the Eagles and good luck in the next stage of selections!