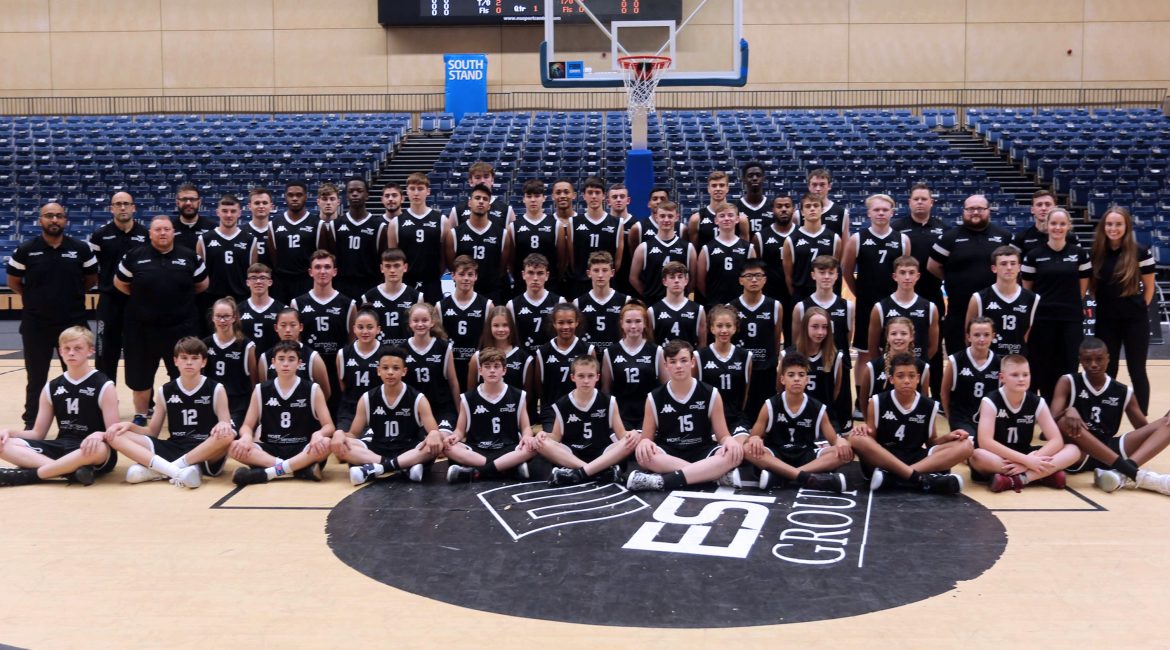 As we reach the Christmas break and with a monumental new year for the club and our foundation within reaching distance now, it’s time to look back at how our Academy teams have been doing so far this season, before the big move to our Eagles Community Arena for their next games from January.

The new Newcastle Eagles U14s Girls team had a tough start to the season with a loss to Tameside Royals Blue however there were many encouraging signs from that loss.

Following that game, they picked themselves up and went on a small three game win streak with some strong wins on the road to Mersey and Derby. They continuously improved as a team and put up a strong fight against top of the league Manchester in their second defeat of the year.

They finished off the year with two impressive home wins before playing an excellent game of basketball against Manchester II. This game showed their big improvement and great resilience in fighting back from a heavy point deficit at the half.

They fell just short in that game but a lot of confidence was gained and the outlook is positive going into 2019. The Eagles are currently 4th in the league (joint with 3rd place Tameside) with a 5-3 record. They start 2019 how they started the season with a trip to Tameside looking to avenge their first loss of the campaign.

Eagles have improved massively since the first game of the season and are playing well as a team. They look to continue to do so in their push for the playoffs.

The U14s boys currently sit in 9th position going into the second half of the season. We have made several strides in where would like to be. This team is both young and inexperienced with Premier League Basketball. This team consists of 3 returners from last season but has a total of 9 new players on this team.

1st half of the season post-camp has been filled with the team getting used to one another and players understanding their roles with the team. Head coach for the U14s Boys said “We have made lots of progress and at this stage of the season, it’s important for the boys to put it all together. Technically we are a good team, we fall down in late game situations and finishing around the basket at crucial points due lacking of maturity on the court. We have a good set of fundamentally strong players coming through the program and the future is bright”.

A tough first half of the season for the under 16’s boys sees them enter the Christmas break 7th in the standings with a record of 3-8; despite the record the Eagles have often shown themselves to be the equal of the top teams in the Premier North division for stretches.

One highlight from the first half of the season were the 41 points scored by Luke Jones when visiting Bradford Dragons, which included a season-high 10 made three pointers for the senior guard. Other big performances included senior forward and captain Elliot Jerrard’s 20-point 20-rebound performance in a losing effort away to Manchester Giants and senior guard and defensive stalwart Charles Lewis with six games featuring 5 or more steals and an incredible 13 steals in a rout of Derby.

With the Eagles currently on the fringes of the playoff picture Coach Sayers said: “Looking ahead to the second half of the season there’s certainly some teams we’ll be looking to go back and beat this time around despite some double-digit losses we’ve usually played teams even for two or three quarters of our games. We’ve lacked some consistency but we’re looking to improve and finish solidly in the play-offs at the end of the season.”

This 2018-2019 has proven a tough season for this young squad with half of the players being U17. Despite our first win against Sheffield, the team found hard to compete from the beginning which at the moment leave the squad on the 9th position with a 1-7 (Win vs. Lost games).

It certainly did not help that Eagles had to face the 3 top squads at the beginning o the season which affected the confidence. But despite this start, the squad decide to face those results and work even harder to switch this dynamic.

The game improved, and our players started to feel more confident into court, which improved our performance. However, those great moments on court were not enough as there was always a bad quarter which, either for tiredness or lack of confidence in ourselves, always put the game on our opponent’s side.

As a team, we all know that would be reverted and we are looking forward for our performance start to provide results within the New Year. This Christmas time would help to recover some injuries and would allow us to compete with the full squad always supported by our U16s Boys teams if needed.

The Eagles U23 have had a great start to their season and go into the festive break with only one loss which was the first game of the league campaign at home to Kingston Panthers. They currently sit 2nd in the division in an automatic promotion slot. They have played a lot of games on the road in the early stages of the season including a big win against current league leaders Doncaster Eagles. The National Shield and cup saw them progress through the first two rounds and they ended up losing in the cup to a division 2 team from London and in the shield it was a division 3 team top of the south that did for them. Both were very close games.

Individual performances have seen the starting five all light up the scoring sheets with Rafael Camargo-Blas leading his troops well. Most consistent player has been Domantas Karpinskas when he has been fit and Ishmael Ingram has been the defensive glue and leads the rebounders.

We start the 2nd half of the season on the 5th January away to Kingston Panthers looking to avenge our only defeat.

Head of the Academy Coach Graham Heath would like to take this opportunity to thank all the coaches, players and parents involved in the season so far.

Merry Christmas to you all and let’s have a very successful 2019 in our new home!