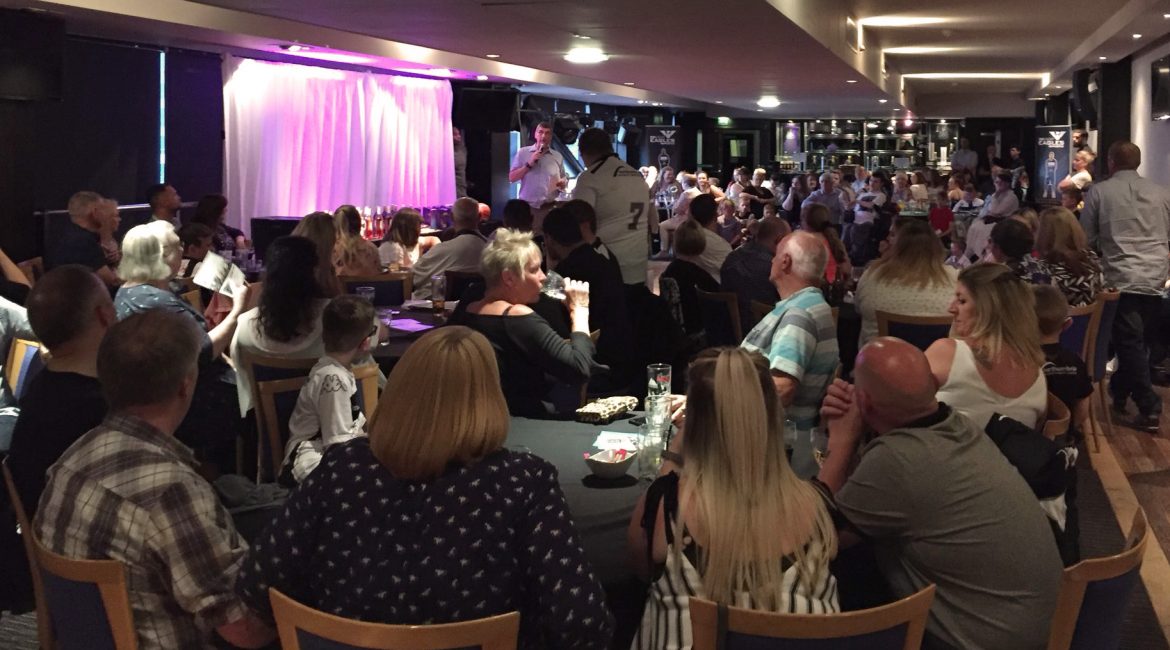 On Monday night at a packed-out Nine Sports Bar & Lounge it was our Supporters Club End of Season Party 2017-18 with over 150 Eagles fans all getting a final chance for selfies and signatures with some of the players.

Every year three awards are voted for by our supporters and this years winners were as follows:

Team Player of the Year

Thanks to everyone who voted and also to everyone who came along on the night. Have a brilliant summer and we look forward to seeing you all again in September for an exciting new era of the Eagles!