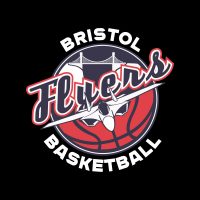 As the Newcastle Eagles under 14’s finished off their regular season with a win finishing 4th in Premier North allowing them to gain home court advantage in round 2 against Bristol.

The game started off slow for the home side as the away side took a 6-3 lead as the home crowd looked to get behind the Eagles. Baskets were traded throughout the quarter until the last 2 minutes when Bristol would go on a 5-0 run finishing the quarter 21-16.

The second quarter would be the best for the Eagles as they went on a run of their own to tie the game and then would control the quarter from there as they got many defensive stops and great ball movement at the other end, they would go on a 12-4 run. The away side would miss opportunities from the free throw line and the Eagles would lead 43-35 to finish the first half.

The second half would be the strongest for the away side as they continue to dominate inside and take advantage of free throws unlike the home side. The score had many lead changes with both teams trading baskets however the home side managed to hold onto the lead by 1 point finishing 62-61.

The fourth was an exciting one, the home side looked to take control as they went on a 6-0 run in the first 2 minutes getting key defensive stops. Both teams looked to get easy scores however it was the away side that would take a 3 point lead leading into the last 3 minutes, and they would hold onto this as the Eagles began to struggle to get the right shot. The game would finish 84-79.