City of Edinburgh vs Newcastle Eagles U18 Men 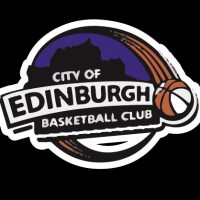 In what was the final game for your under18 Eagles, and their sixth game in a very tiring eight days, with both national league and academy games, your very tired Eagles travelled to Edinburgh to play a red-hot Kings team.

In a first quarter that saw Edinburgh get out to a flying 16-0 start it would tell the story of the game unfortunately for you Eagles, as exhaustion from the previous days win set in… and the quarter would end 29-8 for the Kings.

The second quarter started better for your Eagles after three minutes scoring 9 as the Kings scored only 5, but after some quick adjustment from the Kings your Eagles struggled to adapt their strategies and take control of the game, allowing the Kings to keep plowing forwards. As halftime was called, the score lay at 57-21.

The second half started as the game had been going, the Kings carving through your Eagles almost at will, and harassing them with every possession. A scoring outburst of 12 straight points for the opponent’s number 7, Mackie, proved their dominance over a drained Eagles team. The quarter finished with a sad 7 points for you eagles, leaving the third quarter at 83-28.

Although the fourth quarter score was not pretty, there were some positives as a few of the younger academy players got to experience U18 academy basketball for the first time after representing the U16’s this season. Namely, Jerrard, Sheeran and Clarke, proving that they are ready for that next step. The game ended as a huge loss, 100-30 to the Kings. However, after playing a very close game the day before, and winning it was difficult to be frustrated at the game, as the players where massively fatigued.