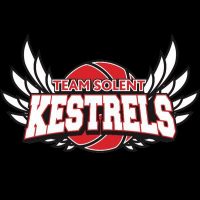 Fans at Sport Central were treated to a thrilling 73-71 Team Northumbria win in their National Basketball League Division One opener.

Marc Stuetel’s side won the tip-off but both teams started slowly prior to the first basket from Malcolm Smith two minutes into the first quarter.

TN finished the first period as they started and gained a two point lead following a flawless display of offence from both teams.

The second quarter was an even tighter game, as both teams continued to sink their shots.

But it was Kestrels who had the advantage at the half – leading 33-31 against the reigning champions.

TN played some great defence in the third quarter – a sight which pleased Head coach Stuetel after highlighting his teams’ weaknesses the previous weekend.

“I think we coped a lot better defensively,” said Steutel.

“Now it’s not going to flip-flop, it’s a gradual process but we played a lot more like a group with a [Team Northumbria] identity.”

The men in black managed a seven point lead at the end of the third quarter and were in the driving seat with the score sitting at 56-49.

A tense final few minutes ensued as Kestrels drew level late on in the fourth quarter.

But TN held their nerve and saw out the game 73-71 thanks to successful free throws from point guard Blayne Freckleton down the stretch.

“Over the past three games [Kestrels] have averaged 96 points, so to hold them to 71 – I’m very pleased,” admitted Stuetel.

Next Sunday TN travel to NBL Division Two side Nottingham Hoods in the third round of the National Cup – to be played at Nottingham Wildcats Arena (5.30pm tip).